In the evening, we went to Beihai Park 北海公園 which is is an Imperial garden to the northwest of the Forbidden City in Beijing. 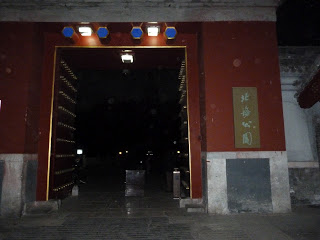 Entrance of Beihai Park
We went there to try out the Fangshan Restaurant 仿膳饭庄 which imitates the Imperial food of the Qing Dynasty. 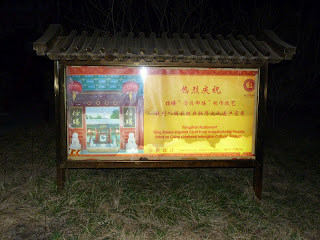 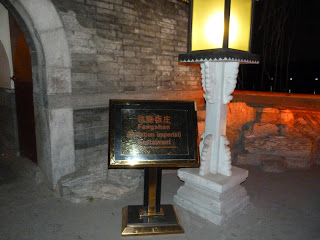 The signboards to the restaurant 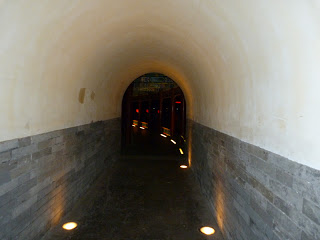 Passing through a tunnel 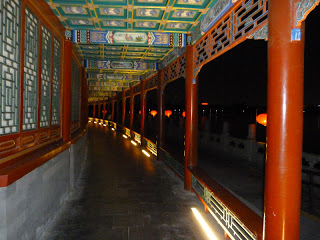 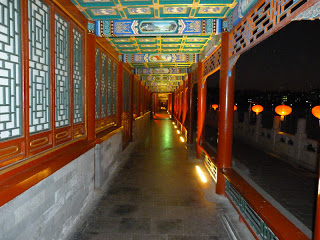 Walking through a long corridor 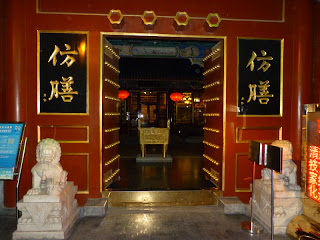 Main entrance of the restaurant The waitresses in Qing Dynasty attire greeting us at the entrance The interior of the restaurant 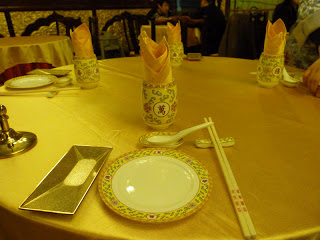 The waitress recommended us to take the set menu to try out the dishes and almost all the dishes are served quickly and the sequences are not in order. We have no idea which dish is which one. 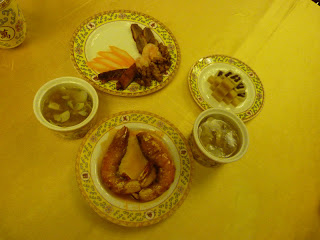 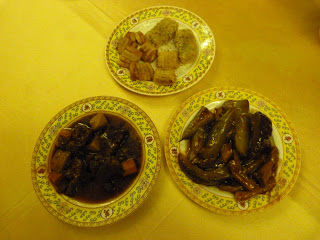 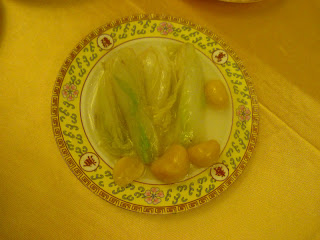 More dishes to come after this … 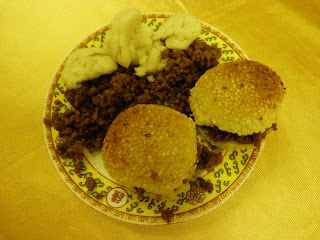 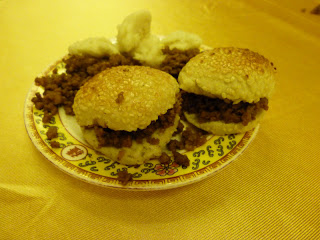 This dish is called seed buns with minced meat filling and for this particular dish, the waitress takes an effort to explain to us its origin. She said this is the speciality of the restaurant, it came from Dowager Empress Cixi 慈禧太后, one of the most powerful women in the Qing Dynasty. One day, Empress Cixi had a dream and craving for bun with pork fillings and she was pleasantly surprised to see this dish being prepared by the imperial chef the next day that she rewarded the chef richly. The waitress then wishes us that may our dreams come true!

The Fangshan Restaurant is located in Yilantang Hall on the north side of the Jade Isle, which is also the place that Empress Dowager Cixi used to take her meals after sightseeing in the park. 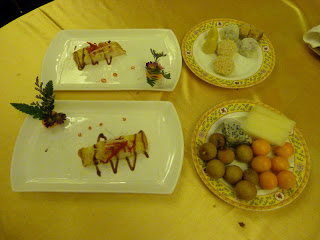 Fish fillets, pastries and fruits are the last part of the set meal. 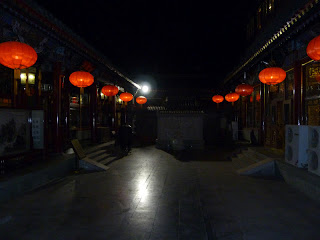 The exterior of the restaurant were brightly lighted up by rows of lanterns. 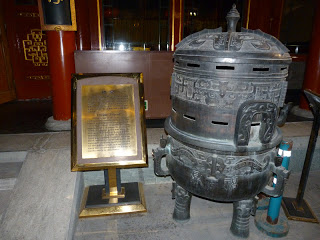 Divine Tripod on display outside the restaurant 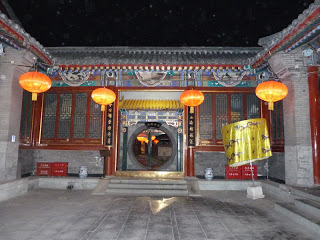 Exterior of the restaurant 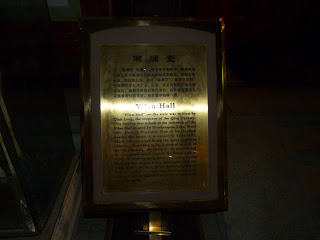 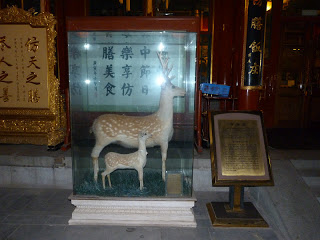 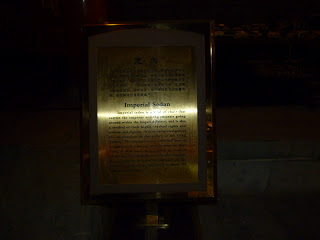 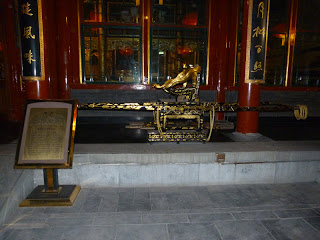 Imperial Sedan which is used to carry the Emperor and Empress within the Imperial palace.

Overall eating at Fangshan Restaurant is best for experience and its ambience. Food wise is kind of average on that day. During our few days in Beijing, Family Li Imperial Cuisine 厉家菜 is certainly one of the best that we have tried so far.
Share. Twitter Facebook Pinterest LinkedIn Tumblr Email