Trending
The next day we decided to go to Lao She Teahouse 老舍茶馆 for some old Beijing drinking tea experiences. According to our cab driver, he said Beijing has many good tea houses but if you want to experience the old Beijing style, Lao She Teahouse is the place to go for you to drink tea and watch performances.
Lao She Teahouse was named after Lao She  老舍 who was one of the most significant figures of 20th century Chinese literature, and best known for his novel Rickshaw Boy and the play Teahouse (茶館). The main entrance and there will be a man dressed in olden days waiter attire greeting and welcoming you warmly when you walked into the teahouse. 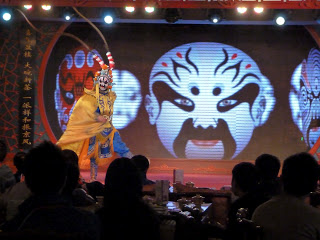 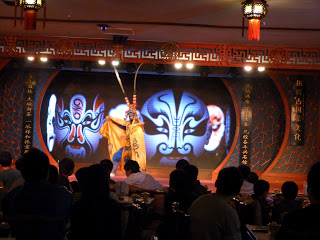 Upon entering the teahouse, there was a performance on face changing mask commonly known as Bian lian in Chinese, 变脸. The performer can change different types of masks which is hidden at the top of his head gear at lighting speed. 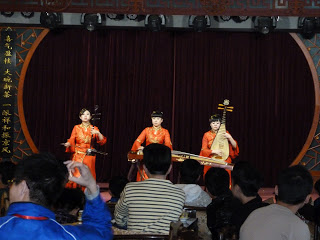 After the face changing mask performance, the show continued with music performed by three ladies in classical chinese instruments. 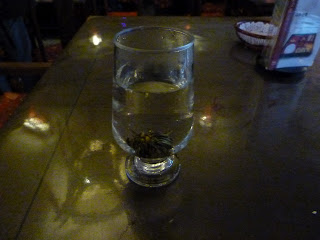 We ordered flower tea which looks like this before opening up. 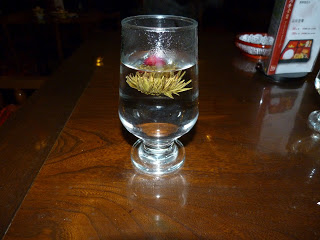 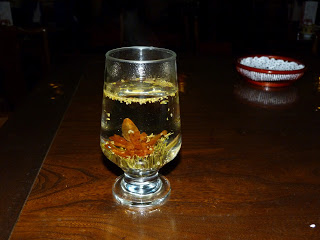 This is how it looks like when the flowers open up, they look so beautiful. 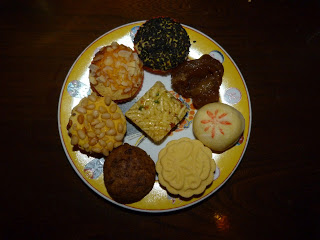 The waiter recommended us to try this which is 8 pieces of Beijing snack. However we are not used to the taste. 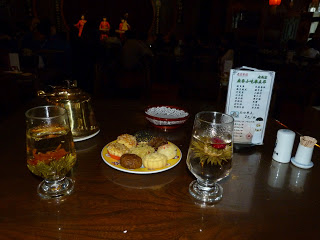 Our order with flower tea and snacks 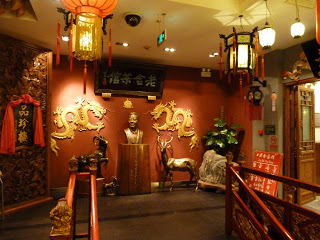 A statue of Mr Lao She 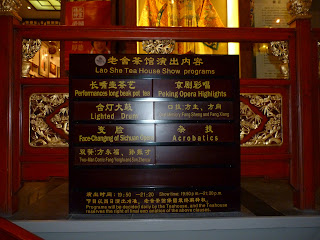 Shows at Lao She Teahouse 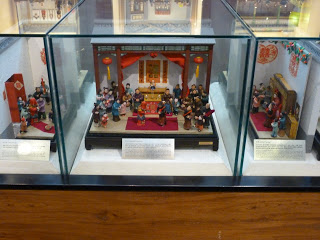 Various displays at the teahouse to portray the old Beijing lifestyles. This picture shows a wedding being taken place. 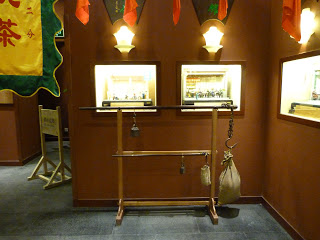 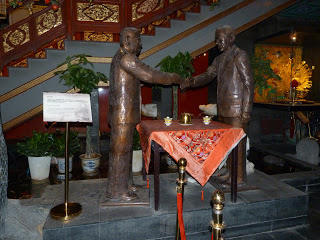 The teahouse was visited by many famous people. One of the foreign guests was George Bush Senior. The owner displayed a stone statue of George Bush and himself shaking hands over tea at the entrance. 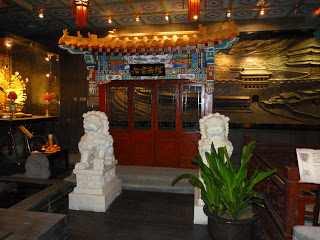 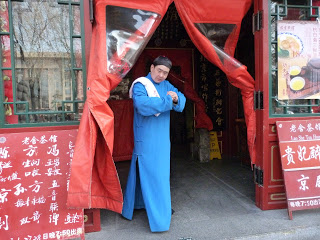 When we leave, the waiter will greet us warmly and welcome us back. He saw me taking a picture and strike a pose for me. So cute!
Share. Twitter Facebook Pinterest LinkedIn Tumblr Email