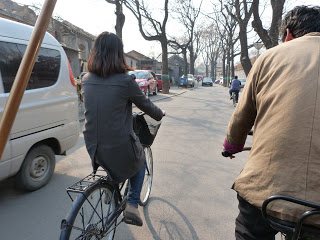 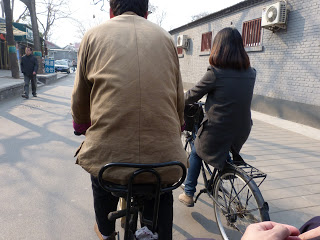 We took a trishaw ride and our tourist guide will cycle besides us whenever the road is clear. If there is an incoming car or bicycle, she will ride infront and cycle back to our side whenever the road is clear.
Our trishaw uncle will show us some of the prominent buildings that we passed by including the former residence of Mr Mei Lanfang  梅兰芳 (1894 – 1961),the best known Beijing Opera master ever, the greatest artist in the world, founder of one of the three greatest acting methods created by Shakespeare Stanislavsky and Meilanfang and the former residence of Soong Ching Ling 宋庆龄 ( 1890-1981 ), once a garden of one of the Qing Dynasty princes’s mansions. She was late Honorary Chairman of the People’s Republic of China, be known as “the Mother of China”. Our tourist guide brought us to a Siheyuan (quadrangle courtyard) 四合院 and she told us that by looking at the outer appearance of the house we can tell the status and background of the owner. 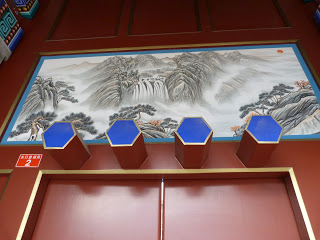 Next we went to another Siheyuan 四合院 which is opened for public viewing. This house was given to a communist veteran for his contribution to the party. 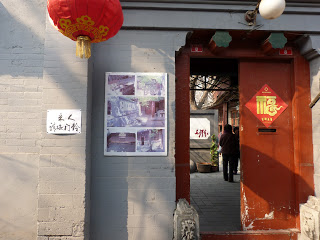 The front part of the house 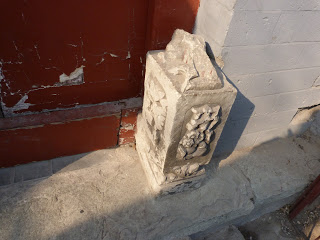 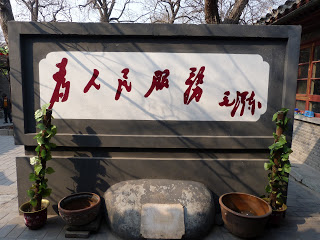 Upon entering the house, there is a huge stone screen of words from Mao Zedong 毛泽东 which means to serve the people 为人民服务. 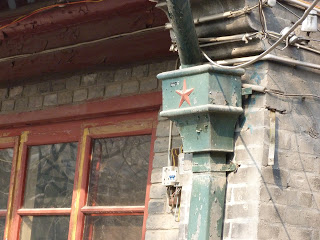