The 28th SEA Games has come to a close after 12 days of competition with more than 7,000 athletes and officials across 36 sports. A grand and spectacular Closing Ceremony featuring local artistes and over 43,000 people including athletes, officials, volunteers and spectators was held at the new National Stadium which is also the world’s largest dome structure, with a capacity of 55,000. The Opening Ceremony was also held at the same venue. 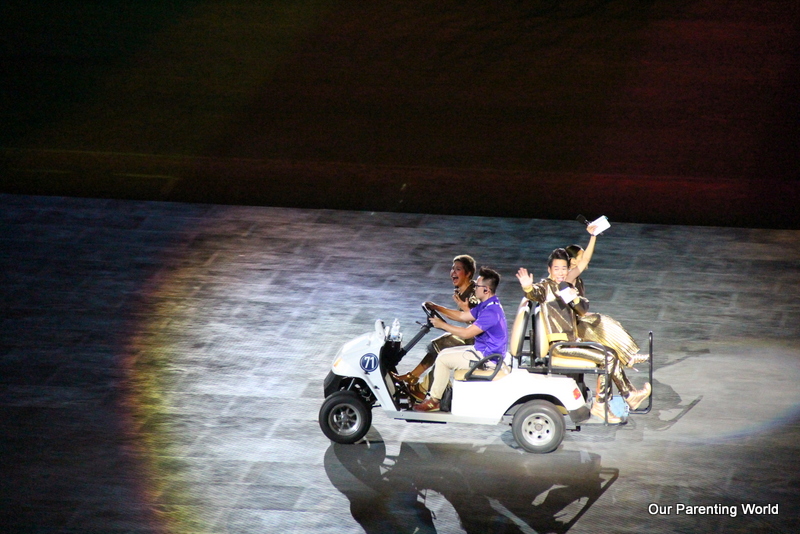 The comperes of the SEA Games Closing Ceremony touring around the stadium interacting with the audience and performing the “Kallang Wave” that set the mood high before the ceremony began. “Kallang Wave to the Singaporeans is a mark of our fierce pride, a gesture of community and togetherness on the largest of scales.” The Singapore team waving to the audience. Singapore has won 84 Gold, 73 Silver and 102 Bronze medals at the end of the 28th SEA Games 2015. Congratulations to Home Team Singapore! The SEA Games 2015 volunteers marched into the stadium where bouquet of flowers and appreciation were given to them. The audience also gave the volunteers roaring applauses and cheers for their contributions in making the SEA Games a success! The 28th SEA Games was officially declared closed by President Tony Tan Keng Yam which prompted the Games’ cauldron flame to be extinguished and Minister Tan Chuan-Jin in the above picture, paid a tribute to all the participating athletics, officials, volunteers and fans whom have contributed to the success of the Games. The Malaysia’s National Flag was raised at the centre of the National Stadium as the hosts of the 29th edition of the SEA Games. Malaysia put up a performance called “Diversity in Motion” which was designed to be a combination of traditional and contemporary, integrating the country’s past and future together in celebration of Malaysia’s diversity and at the same time its unity, a rallying call as the nation looks ahead to host the 29th SEA Games in 2017. 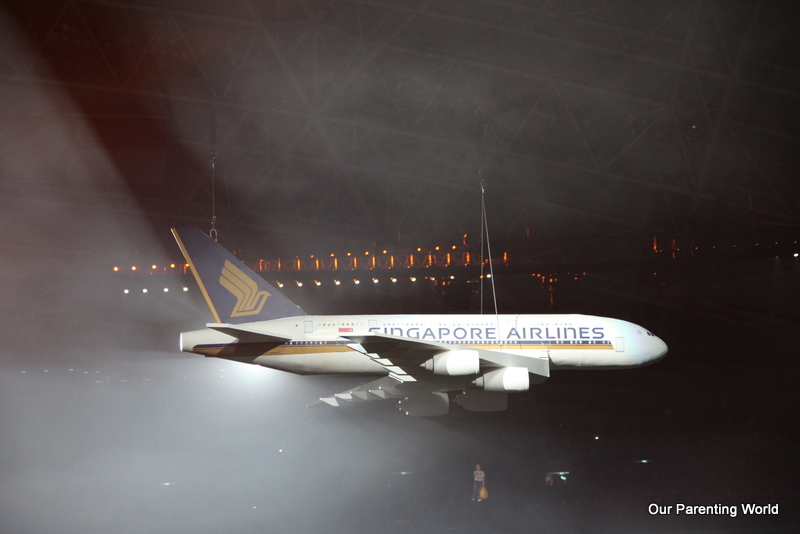 The performance was followed by a Parade of Stamps which showcased a series of stamps and bringing to life some of the iconic images from 13 different years of Singapore’s history. The 28th SEA Games 2015 ended off with a big bang featuring Fireworks Party and performance by Dutch DJ Ferry Corsten.

Congratulations to all the participating Nations and for making the 28th SEA Games 2015 a roaring success! See you at the next SEA Games in Malaysia.

The 28th SEA Games 2015 is themed ‘Celebrate The Extraordinary’, it aims to look beyond competing and winning and focuses on connecting people and communities to their dreams. The Games is also part of the SG50 celebrations to celebrate Singapore’s Golden Jubilee. Please click HERE to find out more.