ANNIE, everyone’s favourite little red-headed orphan and also widely regarded as one of the world’s best loved musicals has returned to Singapore! It will be showing at The MasterCard Theatres, Marina Bay Sands from now till 11 September 2016.

ANNIE is inspired by the famous comic strip Little Orphan Annie, followed the journey of a young and courageous girl who rose from rags-to-riches living in the hard-knock New York orphanage to the luxurious home of billionaire businessman Oliver Warbucks. The story first appeared in the New York Daily News in 1924 has become one of the best-loved family musicals of all time.

The awards-winning musical remains one of the biggest Broadway musical hits ever and audience can look forward to hear many of the well-known and beautiful songs like the popular hit, “Tomorrow” and other popular songs like “Maybe”, “It’s the Hard Knock Life”, “You’re Never Fully Dressed Without a Smile”, “Easy Street”, “I Don’t Need Anything But You”. 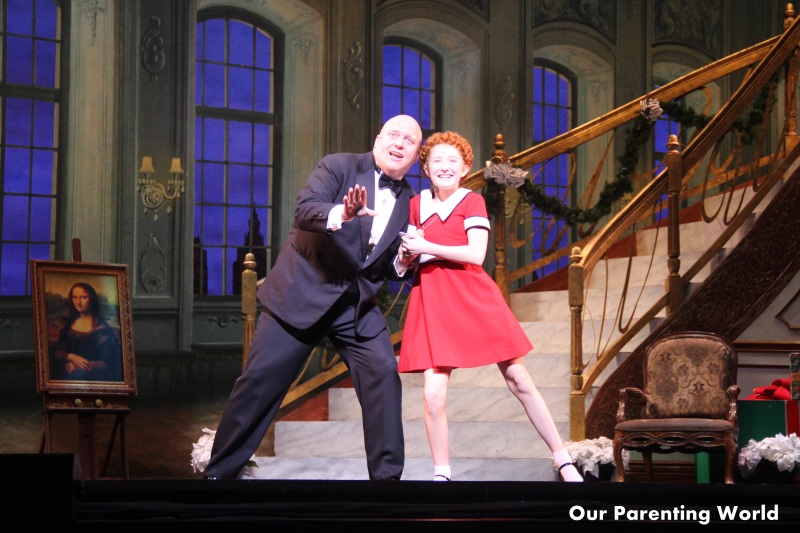 ANNIE’s cast consists of 25 members and the lead role of Annie is a talented 11 years old actress, Heidi Gray from the Augusta, GA area. Heidi carries her role as Annie perfectly, her voice is amazing and the performances that she delivers is far beyond her age as a 11 years old. Audience will love Heidi Gray’s performance as Annie with her adorable, cheerful and sweet personality, full of optimism! It is a delight to watch her on stage.

Gilgamesh Taggett stars as Oliver Warbucks, the billionaire businessman who eventually adopted Annie. Gilgamesh Taggett is strong in his performance as a stern billionaire and even with all his wealth, he faced depression with many of his factories closing and having to deal with his business to warming up when Annie appears in his life. Gilgamesh Taggett is able to portray the emotional change from a tough businessman to showing his softer side expressing his fondness and love for Annie. We love his strong and powerful vocals especially when he sings “Something Was Missing”. It is truly a joy listening to Gilgamesh’s singing! The baddies are brilliantly played by Lucy Werner as Lily, Garrett Deagon as Rooster and Lynn Andrews as Miss Hannigan. Lily is Rooster’s girlfriend and Rooster is the younger brother of Miss Hannigan who is a escaped convict. The scheming couple, Lily and Rooster plot to pretend to be Annie’s parents so that they can get the cash reward of $50,000 from Oliver Warbucks. Oliver offers a $50,000 reward to anyone who can prove to be Annie’s parents. Audience would love to hate this scheming couple as they embark their evil plan. Miss Hannigan is Lynn Andrews as the orphanage director who is convincing in her role as the horrible director who treats the poor orphans badly and makes Annie’s life miserable.

Don’t miss ANNIE, one of the world’s best-loved musicals now performing in Singapore. The musical is directed by original lyricist and director Martin Charnin and choreographed by Liza Gennaro, this production of ANNIE will be a brand new incarnation of the iconic original. 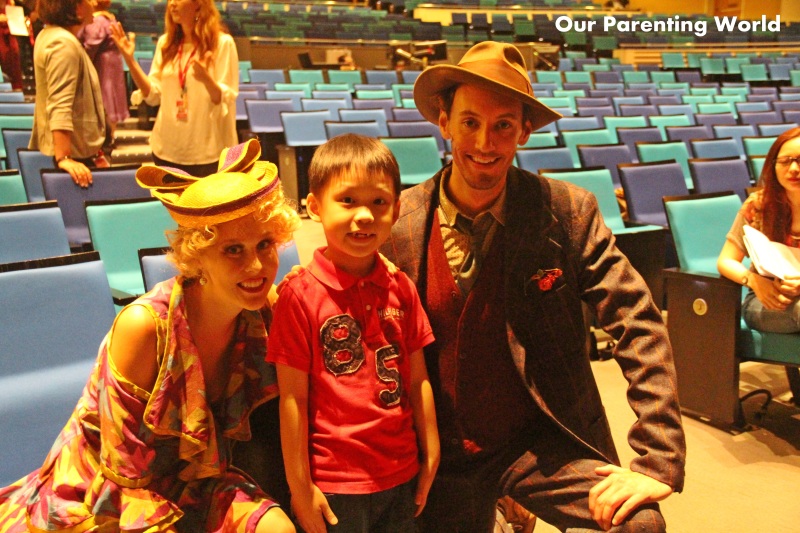 Our Parenting World team is very honoured to interview the fine cast of ANNIE. First up, Lucy Werner as Lily and Garrett Deagon as Rooster. We find that Lucy Werner and Garrett Deagon have great chemistry together both on-screen and off-screen. They shared with us that they started the show in February 2014 and they done about 550 performances over 2 years. It is always a challenge to show it to the audience as if they are performing for the first time even if they had performed so many times. To make the show and their performances authentic, keeping their performance in top condition and to make an impact on the audience. Their favourite part of the musical definitely has to be their part, they love singing and dancing their songs. Their other favourites include the music especially jazz, watching the girls in the cast, singing and dancing to the songs and the live animal, the dog on stage. In Singapore, ANNIE, the musical has a new dog and it has been taught new tricks and it will be interesting to watch the dog too. Lucy Werner and Garrett Deagon would like to encourage audience in Singapore to come watch the musical, it is a musical about family, love, optimism, the quality of the musical is really high and the set is of Broadway calibre with great orchestra and beautiful music. It is a production that you will never forget and it comes with great production value, story and message. They are very proud of the musical! Coming up next, Gilgamesh Taggett as Oliver Warbucks and the main lead, Annie played by Heidi Gray. Gilgamesh Taggett shared more about his role as Oliver Warbucks, a multi-billionaire living in the Great Depression of America in the 1930s who is trying to figure a way to help out the common citizens and what needs to happen to make sure that people are alright. In the middle of all this effort of trying to figure out, a little redhead girl shows up in his life and completely turn him around. Heidi Gray shared about her role as Annie, she is spunky, optimistic redhead who never gives up and she is on a journey to find her parents and along the way, she finds Oliver Warbucks. They help each other, they are different and yet seem to be similar as they have the same history, they are both orphans and they are trying to be optimistic in lives. They are both trying to find their way through life and in the end by teaming up, they end up saving each other. As this is a live theatre, the challenges that Heidi shared with us that you never know what is going to happen, they will always have a backup plan and always have each other back. Gilgamesh felt that the challenges for them is always to keep the show fresh, never boring, to make it accessible to the audience to connect with them and their characters. Heidi is true to her role as Annie, in real, she is a very bright and cheerful girl. She told us that the funniest time when performing is when someone forgets, misses the cue or line, they have fun probing and always looking out for each other and knowing what to do next. She enjoys singing the songs, they are very uplifting!

Gilgamesh told us that the best part of doing the musical is he gets to fall in love with the adorable Heidi every night! It is very much part of his job. Another favourite of his role is to sing “Something Was Missing” because it is the final moment when Oliver exposes his heart to Annie and shows his deeper feeling. Both Gilgamesh and Heidi felt that Singapore is great and amazing, there is always something to do and always something to eat!

Finally in their own words, “It is imperative that people come and see this musical because the message is in and regardless of the America’s background, the roots in America’s history and economic itself. The story is all about love, optimism, never giving up and never being afraid to try!” said Gilgamesh Taggett. Heidi Gray encouraged audience to watch the musical and it gives meaning message “Be optimism, never give up and there is always hope and love!”.

Thank you to the wonderful cast of ANNIE for taking our interview and we wish them all the best! Cast: The International Tour features a cast from the United States