Our Parenting World (OPW) team is delighted to bring together some of the exciting highlights that you can see at NDP 2017. 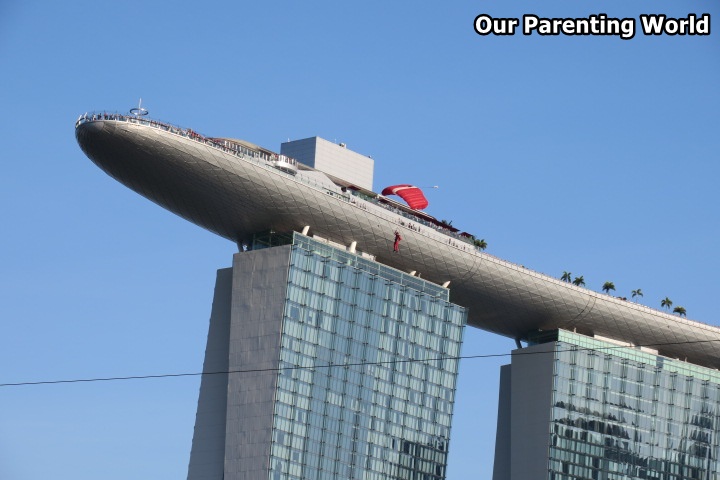 The Red Lions are a crowd favourite and they will make their return to NDP at The Float, landing along the promenade right in front of the seating gallery. They will join the audience in celebration of our Nation’s 52nd birthday! All eyes will be up at the sky and on the 9 members from the Singapore Armed Forces’ (SAF) parachute team aka The Red Lions as they do a display jump from 10,000ft one by one. This is a combined air, land and sea performance by the Singapore Armed Forces (SAF) and include showcasing our Nation’s readiness to defend against security threats. 1st segment features the military capabilities to defend our country and 2nd segment features the importance of the SAF and the Home Team working together with all Singaporeans to tackle the rising threats of cyber-attacks and terrorism. P&C is set to impress audience showcasing our Nation’s sovereignty and strength comprising of uniformed and civilian contingents. 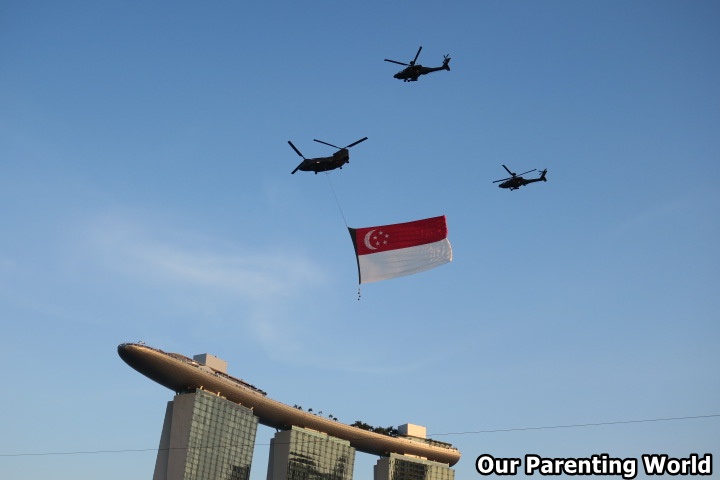 This year parade will include a special tribute to 50 years of National Service. Not to be missed will be the traditional favourites of the parade including military tattoo performance, the Presidential Gun Salute on the M3G military raft, the State Flag Flypast and the Salute to the Nation performed by the five Republic of Singapore Air Force F-15SG fighter aircraft. We were at the final preview on 29 July 2017, the crowd cheered as the parade reviewing officer, Speaker of Parliament Halimah Yacob was observing the parade. She has been taking on the role of the reviewing officer and attending every NDP preview since 2013. After the P&C segment, D3 Part 2 will showcase Singapore’s readiness in tackling increasing security threats such as cyber attacks and terrorism. It will depict how cyber security agencies deal with cyber attacks as well as an integrated response by the Singapore Armed Forces, Singapore Police Force, Singapore Civil Defence Force in overcoming multiple terrorist attacks. The national movement of community trust and vigilance is also evident, epitomizing the need for Singaporeans to stand as #OneNationTogether in times of adversity.

This is followed by the show segment, audience can look forward to mass displays and performances by over 3,000 committed performers from 13 different Show Partners as well as 38 artistes. NDP is hosted by Joakim Gomez, Julie Tan, Nurul Aini, Subramaniam Narainda and EDGAR-2 robot from NTU.

There will be 6 Acts in the show which will represent different issues close to our hearts, rallying families and friends to come together as we reflect on our immediate past, celebrate our present and look forward to the future. Act 1 – Living Together emphasises that every individual plays a role in shaping the physical environment where we live, work and play. Look out for the mosquito puppets as they will dance their way through the audience to the stage. Audience will be engaged in an interactive moment where they will join in to do a fun clap choreography, symbolic of the collective effort required to eliminate the mosquito threat. Act 2 – Growing Together illustrates how the heart and soul of Singapore lie in our families. At the opening part, there will be a beautiful and elegant balletic dance duet in the air that symbolises romance and as the dancers gracefully glide and twirl across to represent human endeavours of love, harmony and acceptance. 560 performers from the Singapore SOKA Association will put up a spectacular choreographed display to represent the strength that we receive from our families to enable us to overcome the struggles that we faced in lives. Act 3 – Thriving Together begins with a throwback to the five Show protagonists as children sharing their dreams. Singapore is a young nation and over time, it has transformed and developed dramatically. A stunning showcase of Singapore’s amazing development and achievements! Act 4 – Celebrating Together highlights the importance of social unity and the importance of tapping into the abilities of all our people, including our silver generation. Singaporeans will be treated to a special performance by the most senior artistes. The oldest performer is 81 years old electric guitarist Mary Ho, affectionately known by many as Grandma Mary. To conclude the act, audience will be invited to participate in a hearty “Yum Seng!” together by the performers. Act 5 – Progressing Together charts our journey forward as a compassionate society that continues to adapt and innovate. 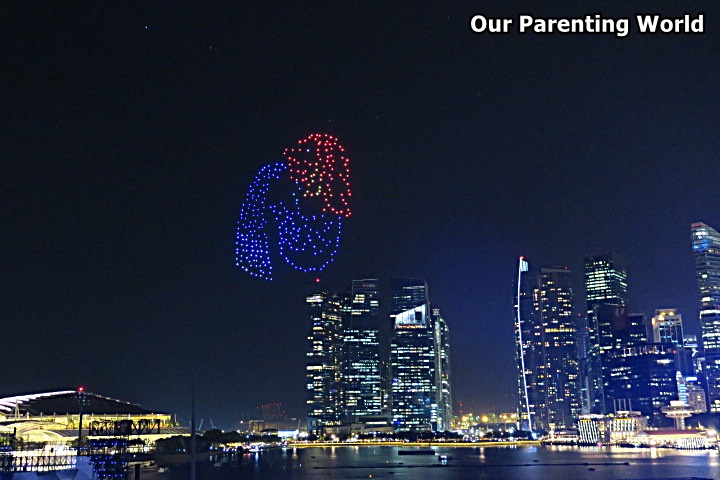 300 unmanned drones take to the skies over the Marina Bay to perform the largest unmanned drones display in Southeast Asia. Against the spectacular Marina Bay skyline, the drone performance seeks to inspire Singaporeans to imagine the immense opportunities that our future brings.

This is the first time in NDP’s history, audience will be able to see such a grand display of drones up over our beautiful skyline! Lastly, Act 6 – #OneNationTogether celebrates the successes of Singaporeans and confidently looks forward to the future, where we will continue to break new grounds and scale new heights. Performers will scale their way up to the top of the mountain to symbolise the challenges that we overcome and to achieve success! NDP 2017 concludes with a dazzling and stunning fireworks display! 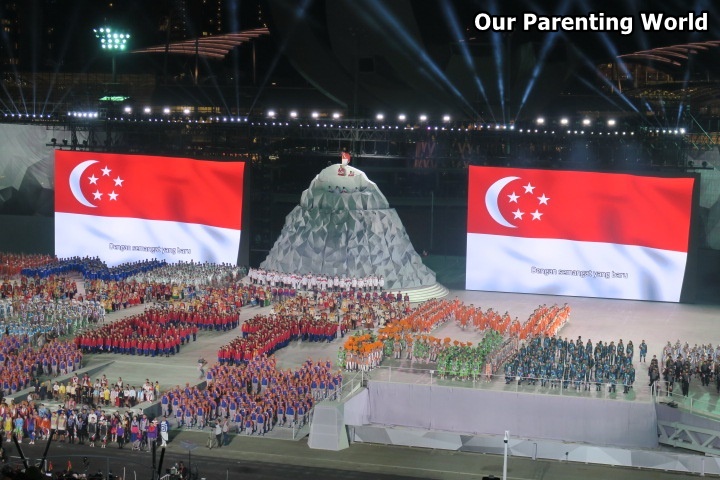 This year, NDP 2017 will be a visually captivating, engaging and memorable for Singaporeans. We look forward to celebrate our Nation’s 52nd birthday!