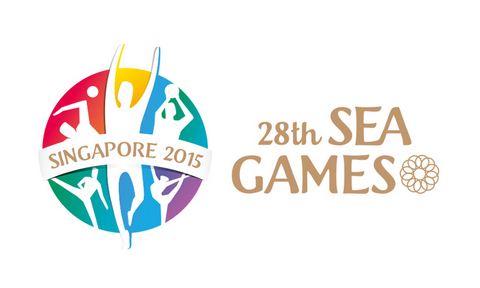 2. The first SEAP Games was held in Bangkok from 12–17 December 1959 comprising more than 527 athletes and officials from Thailand, Burma, Malaya (now Malaysia), Singapore, South Vietnam and Laos participating in 12 sports. 4. Timor-Leste was the latest country to join the SEA Games, in 2003 after obtaining independence in 2002. A total of 11 countries participate in the 28th SEA Games 2015.

5. A total of 747 athletes – together with 347 officials represented Singapore in a total of 36 sports for the 28th SEA Games 2015. Aquatics and athletics made up the largest groups of Team Singapore sportsmen, with 75 and 73 athletes taking part respectively.

6. In this year SEA Games, a total of 17,000 volunteers from all walks of life took part in the Games to make this game a success. Many of them were students in our secondary and tertiary institutions. These volunteers were called the “Team Nila”. 7. The official mascot of the 28th SEA Games 2015 is a lion named Nila, taken from the name Sang Nila Utama, the founder of Singapura. Lion is the national symbol of Singapore and the name Nila is very appropriate for our mascot. Our previous 1993 SEA Games mascot was “Singa the lion” which was also known as Singa the Courtesy Lion. 8. This year SEA Games, official volunteers wore purple Polo T-shirts and khaki pants and wore their official accreditation passes at all the games sites. During the SEA Games Closing Ceremony in the above picture, there was a special segment to thank all the volunteers for their contributions to the SEA Games.

9. The oldest volunteer for Team Nila was 87 years old Mr Joseph Tan. He was one of the official photographers for the Games.

10. The 28th SEA Games 2015 was held during the one month June school holidays to enable more students to participate as volunteers and also as spectators. Holding the event this year is also part of our country’s celebration for SG50.

11. All the participants, officials, volunteers and media have to be issued an accredited pass by the Organisers. With the pass, they can access to the games venue free (there were however different restrictions to different passes, e.g. there were certain area only the accredited photographers can go but not the officials or volunteers). 12. Do you know why some of the tickets for certain games were sold out early, especially those which were held in the OCBC Aquatic Centre and OCBC Arena at the Sports Hub? These world class facilities have relatively small seating capacity for the audience to enjoy the games from a near distance. OCBC Aquatic Centre can only seat 6,000 people and OCBC Arena 3,000 people. Thus tickets were sold out fast. Some of the seats were reserved for the accredited pass personnel.

13. The aquatic centre and the sports hall were named after OCBC because OCBC was the largest sponsorship partner for the Sports Hub. The bank paid $50 million for the naming rights for 15 years as part of the sponsorship deal.

14. The 2,000 car park lots at the Sports Hub were closed to the public for the 28th SEA Games 2015 during the Opening and Closing Ceremony due to security reason as there were many local and overseas VIPs attending the event. The spectators had to take public transport to attend these two ceremonies. 17. Volvo Cars is the official car sponsor for the 28th SEA Games 2015. You may have seen some of these official cars on the road during the Games period. These official cars were normally used to ferry the VIPs like the Chef De Missions and other senior officials of the respective countries between the events. 19. A Volvo remote control car modelled after the new Volvo XC90 was used on the field to retrieve the javelins and discuses during these events. This was the first glimpse of the new Volvo XC90 car where the actual car has not even arrived in Singapore yet.

20. For the SEA Games, Singapore has 2 Chefs De Mission unlike only a single Chef De Mission for previous games. This was because this year SEA Games, Singapore had the largest contingent of participants and having two of them can help to provide more support to the various teams. They were Dr Tan Eng Liang, a former Chairman of Singapore Sports Council and Mr Nicholas Fang, a nominated Member of Parliament. The above photos are Lee Chong Wei from Malaysia, the former Olympic silver medallist taken at the 28th SEA Games 2015.

21. From the media observation, the most popular local athletic judging from the number of media photographers taking photos has to be Joseph Schooling, who won 9 Gold medals. For the foreign athletic, it has to be Lee Chong Wei from Malaysia, the former Olympic silver medallist. After his single game of Malaysia vs Indonesia in the badminton team semi-final, the entire media crowded around him to interview him even though the actual game competition has not ended. 24. One of the best kept secrets before the official opening of the 28th SEA Games 2015 was who would be the one lighting the SEA Games torch at the Opening Ceremony. Eventually the mystery was revealed on the night where the torch was jointly lighted up by Singapore’s most famous footballer, Fandi Ahmad and his son, Irfan, a member of the Singapore SEA Games soccer team. This signified the passing of baton from the older generation to the younger generation of Singaporeans.

26. The honour of being the flag bearer for Singapore during the Opening Ceremony went to swimmer Quah Ting Wen. Her siblings, Quah Zheng Wen and Quah Jing Wen also competed in the swimming events. 27. Some of the participants in the SEA Games have played different roles in previous SEA Games. For example, Dr Ben Tan who is a friend of Our Parenting World was previously SEA Games gold medallists for sailing during the period 1989 to 1995, then served as National Team Physician for the 1999 and 2001 SEA Games (together with Our Parenting World Guest Editor in 2001 SEA Games in Malaysia) and now for this year SEA Games, he was one of the performers during the Opening Ceremony as one of the Legends of Singapore’s Sports.

28. The 28th SEA Games 2015 was the biggest sports event Singapore has ever organised. It welcomed 7,000 athletes and officials across 36 sports, surpassing the 2010 Youth Olympics Games that was held in Singapore.

30. Singsoc is the arcronym for the SEA Games Organising Committee. 31. The 55,000 seating capacity of the new National Stadium at Sports Hub actually has an innovative bowl cooling system, where cool air of 23 degrees is pumped from underneath all seats to keep the audience cool in our hot and humid weather.

34. In the recent history of SEA Games, Thailand is the powerhouse of the Games. They won the overall champion in the last 4 out of 5 SEA Games including the 28th SEA Games 2015. They only lost to Indonesia in the overall medal tally during the 2011 SEA Games.

35. A total of 1,327 medals were awarded during the 28th SEA Games 2015, including 402 gold medals. Every medallists will receive a personalised Nila mascots soft toy in addition to their medals. 37. Despite Singapore being a small country, the 28th SEA Games 2015 events were held in 30 different venues, ranging from Bedok Reservoir in the East to SAFRA Yishun in the North and of course many of the venues were held in the Sports Hub.

38. Not all the events at the 28th SEA Games 2015 required purchase of an entry ticket. In fact half of the events are free, especially for events like cycling, marathon, triathlon, sailing etc. Even floorball and bowling competitions which were held indoors were free.

39. Roads closure for the 28th SEA Games 2015 was minimised by having road events like marathon and cycling held on Sundays when the traffic was lighter and less people affected by the closure.

40. The oldest Singapore competitor for the 28th SEA Games 2015 was 50 years old school teacher, Vicky Heo who competed in the Pentaque event. Three of her team mates were also her former students who were influenced by her to take part in this sport. 41. A limited edition gold can 100 Plus Isotonic drink was rolled out during the 28th SEA Games 2015. 100 Plus was the official sponsor isotonic drink for the Games.

42. Athletics that fell sick during the SEA Games may not be prescribed the usual cough and flu medications as some of these medications may contain banned ingredients like codeine which is common in cough mixture and painkillers. Their team doctors would have to prescribe alternative medicine which does not contain these banned substances.

43. Most of the national team came to Singapore for the SEA Games with their own team doctors. Singapore team also has its own team doctors, led by Dr Teoh Chin Sim. These doctors are normally Sports Medicine Specialist, a recognised specialty which deals with physical fitness and the treatment and prevention of injuries related to sports and exercise. 44. This is a photo of a sports tape of the leg of a badminton player. Many elite athletes uses taping to support the ligaments and capsules of unstable joints by limiting excessive or abnormal anatomical movement. Taping is allowed in competition.

45. The athletics staying in the 20 designated hotels were served high quality and healthy meals like Hainanese chicken rice, pastas specially designed to cater for their diet. Inside of the Main Press Centre. The entrance of the Main Press Centre

46. This is the photo of the Main Press Centre. About 350 journalists, both local and foreign, including Editors of Our Parenting World worked in this Main Press Centre to file their news during the Games. Refreshments and snacks were served to the hungry journalists throughout the day. There were even massage chairs provided by OSIM in the centre.

47. Security has been tight for the entry to the events to protect the spectators and also the participants. Baggage checks and metal screeners which we are familiar at the airports were used to screen participants and even officials at the events venue. 48. There was a SEA Games Carnival held at the Sports Hub during the Games period. It was open to the public and a very popular venue for family activities. Many people who were not able to obtain tickets for the SEA Games came to the carnival to enjoy the sporting atmosphere. 49. The next SEA Games, 29th Games will be held in Malaysia in the year 2017. As each country takes turn to host the Games, it will likely be another 20 more years before Singapore host the next SEA Games.

50. The theme for the 28th SEA Games 2015 is “Celebrate the Extraordinary” It is about connecting individuals, communities and countries to their dreams. It’s beyond competing, winning or even overcoming defeat. It’s not about having a champion to look up to, but inspiring the one that is inside each of us. Our Parenting World would like to congratulate everyone who participated in this extraordinary event and in celebration of the success of the 28th SEA Games 2015!

This article was brought to you by the team of Our Parenting World, the accredited media for the 28th SEA Games 2015.