Trending
Omy.sg together with McDonald and Coca-Cola invite us to the launching of ‘Coca-Cola’ London 2012 Olympic Collectible Glasses held at McDonald Ang Mo Kio Park. We also have an opportunity to meet our Singapore athlete at the launch. 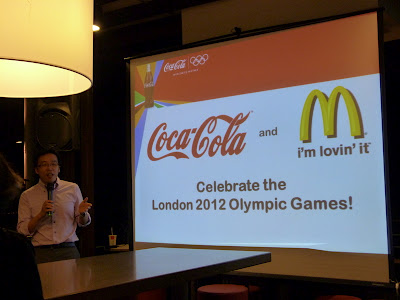 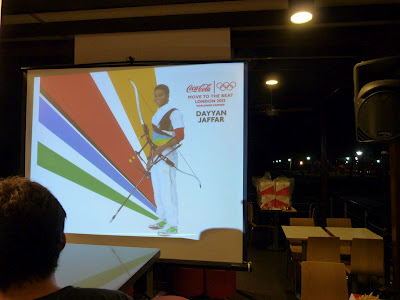 Dayyan Jaffar is our Singaporean archer. He won a Bronze medal at the 2010 Youth Olympics Games which is held in Singapore. He is one of Coca-Cola’s Athlete Ambassadors for its London 2012 Olympic Games campaign. He is also present at the launch to talk about his passion about archery. 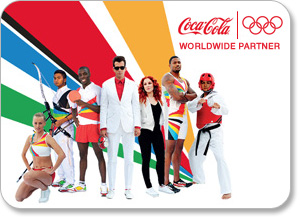 Dayyan Jaffar was chosen by Coca-Cola to  work with Grammy award-winning music producer Mark Ronson to be part of the Move to the Beat™ campaign. Mark Ronson travelled around the world to record the sounds of five different Olympic sports and blend them into one song to represent and bring out the spirit of the London Olympic.

McDonald will be releasing the ‘Coca-Cola’ London 2012 Olympic Collectible Glasses starting from 5 July onwards. There are six colours to be collected and they are Green, Pink, Aqua,   Purple, Blue and Charcoal. The interesting thing is that each of the glass will have its own unique Sport pictogram imprinted on them which are Athletics, Swimming, Gymnastics,  Football and Cycling and Basketball. The date to collect each of the glass is shown in the picture above, best of all, collect all six glasses!! 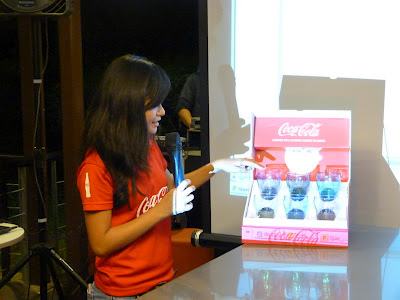 Coca-Cola’s representative showing us the full collection of the glasses. I am so happy to make new blogger friends, spending a wonderful time together and we have won a prize for the Quiz. It is so nice meeting you all!
Here, we would like to wish all our Singapore Olympic players all the best in the London Olympic Games! I would also like to thank Omy.sg, Coca-Cola and McDonald for inviting us to the launch.
Share. Twitter Facebook Pinterest LinkedIn Tumblr Email