The Mobile Column will focus on showcasing the strength of our Nation with the aim to instill confidence in our SAF and Home Team in a grand, formal and precise display. This year Singapore’s 50 Anniversary for NDP, it is the time to celebrate, to remember our pioneers’ spirit whom have contributed greatly to the success of Singapore and to call on all Singaporeans to continue with our commitment in making our Nation strong and strengthen our defence across generations. Our team highlighted some of the assets that will be participating in NDP for the first time. The 1st one is Singapore Armed Forces Protected Response Vehicle (PRV) mounted with an Integrated Remote Control Weapon System (RCWS) which allows it to configure between three weapons – the 7.62mm Machine Gun, 12.7mm Heavy Machine Gun, and 40mm Automatic Grenade Launcher, allowing it to respond to a multitude of threats. There will be three of this asset at the Parade. The 2nd asset is Singapore Armed Forces The Leopard 2 Armoured Engineer Vehicle (L2-AEV). In the above picture is commander of the Armoured Engineer Vehicle, LTA Celestia Tan, 25. This vehicle is a three-man engineer tank which is able to overcome a variety of obstacles to support the advance of the SAF’s armoured forces. The L2-AEV is protected by a remote controlled weapon station (RCWS) mounted with a 0.5” Heavy Machine Gun. There will be one of this asset at the Parade. The 3rd asset is Singapore Armed Forces Ford F550 Combat Ambulance which replaces the Land Rover ambulance to ensure that medical support is able to keep up with the SAF’s increasing spectrum of operations. It is mobile in a cross country terrain and equipped with Advanced Life Support equipment to enhance mobility and ensure better casualty care during evacuation. There will be two of this asset at the Parade. 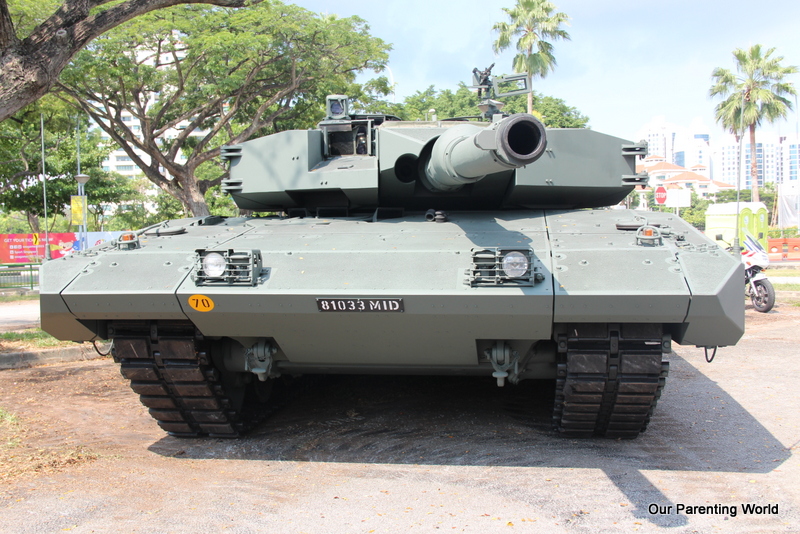 The 4th asset is Singapore Armed Forces Leopard 2SG Main Battle Tank (L2SG) and this impressive asset provides the army with overwhelming mobility and firepower. The L2SG comes with armoured protection and networked communications capabilities that display precision manoeuvre and will be able to dominate the modern battlefield rapidly. There will be 13 of this asset at the Parade. The 5th asset is Singapore Armed Forces Specialised Marine Craft  (SMCs). In the above picture is the commander of the SMC squadron, MAJ Lee Pui Yau, 34. The SMC form part of the Republic of Singapore Navy’s (RSN) capability in maritime security operations. The SMCs are deployed for base defence and force protection. They will also operate alongside the Patrol Vessels (PVs) / Littoral Mission Vessels (LMVs) to deliver swift, flexible and decisive responses against maritime security threats. This asset is to replace the Fast Boats and it is designed and built locally by Singapore Technologies Marine Ltd. There will be one of this asset at the Parade. 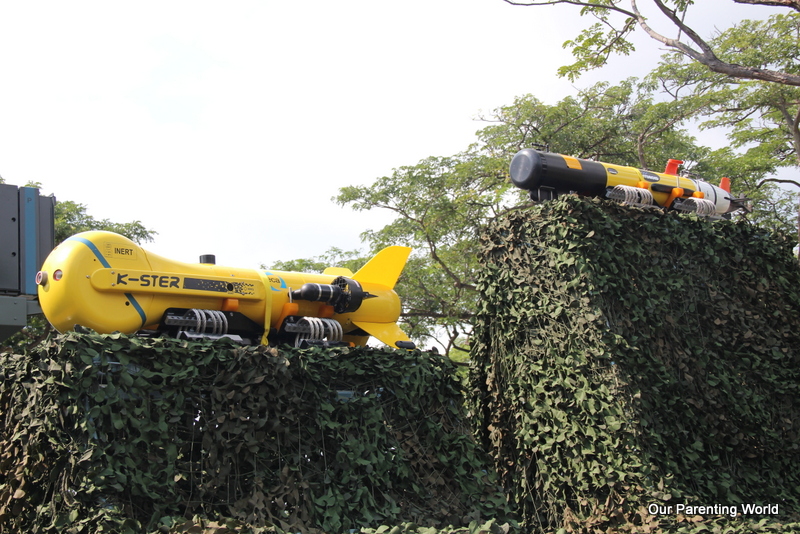 The 6th asset in the above picture on the right is Singapore Armed Forces K-STER Expendable Mine-Disposal System which is a new addition to the the Republic of Singapore Navy’s Mine Countermeasure Vessels (MCMVs). The K-STER is highly manoeuvrable and can be deployed to neutralise various kinds of mines such as those on the sea-bed, partially buried, or floating in mid-water. There will be one of this asset at the Parade.

The 7th asset in the above picture on the left is Singapore Armed Forces REMUS Autonomous Underwater Vehicle which is an unmanned system which performs hydrographic surveys. The lightweight and portable system is easily transported and can be operated from different ships. There will be one of this asset at the Parade. During the media preview on mobile column, the assets drove from Kallang to Suntec City, the impressive assets caught the attention of many passers-by both locals and tourists, many were seen taking pictures and watching the assets drove along the road. 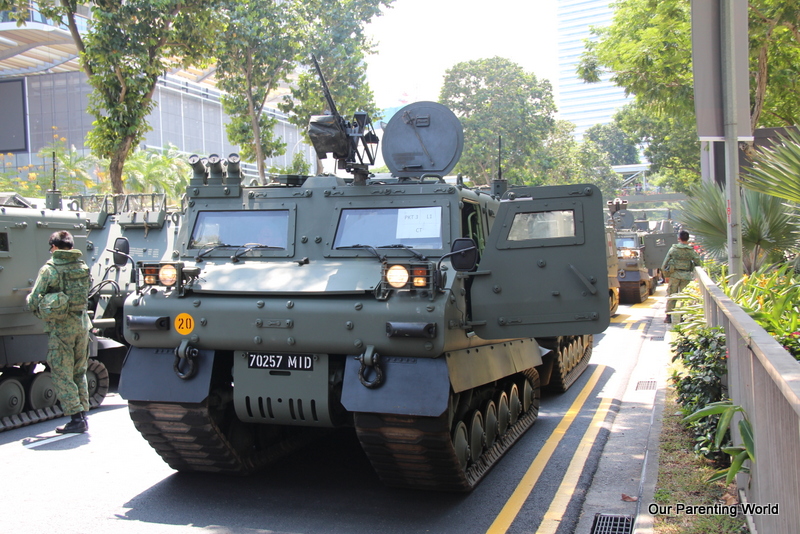 The media had an opportunity to sit in an experiential ride to Suntec City, our team sat on a Bronco All-Terrain Tracked Carrier. We had a good chat with the soldiers who drove us in the Bronco. We are very impressed with their friendly attitudes, professionalism and dedication in serving our Nation. We can feel a strong sense of National Pride and Identity as the mobile column drove along the road. There will be 11 Bronco at the Parade.

The mobile column celebrations trail will pass iconic landmarks along the Singapore skyline, such as The Float @ Marina Bay and Marina Bay Sands before joining Singaporeans on the Esplanade Bridge to recite the Pledge and sing the National Anthem at 20:15hrs. Please click HERE to find out more about National Day Parade 2015.