The National Education Gaming Championship (NEGC) 2015 in its fifth year was organised by the Ministry of Defence (MINDEF) and supported by Ministry of Education (MOE). It is a great opportunity for students to participate in a virtual battlefield game and at the same time to learn more about the 3rd generation of Singapore Armed Forces (SAF) and its role in Defence. Our Parenting World was recently invited to take part in the training of NEGC with several groups of students before they participate in the actual competition. Students from each participating institutions form teams of 10 players each and play Virtual Battlespace 2 (VBS2), a simulation game where players go through a wide range of military scenarios from a first-person shooter perspective. The players get to try out many virtual weapons currently used in the SAF, such as the Singapore Assault Rifle 21, Section Automatic Weapon, General Purpose Machine Gun and Man-portable Anti-Tank, Anti-DooR (MATADOR). 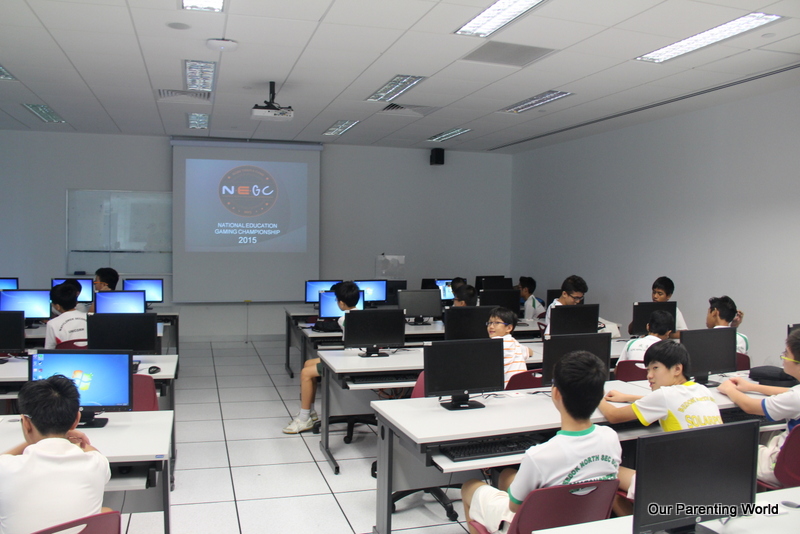 NEGC was open to all Secondary Schools, ITE, Junior Colleges/Centralised Institutes/Integrated Programmes and Polytechnic students. There were a total of 64 teams participating in NEGC 2015 and each team will go through a 4-hour training session before they take part in the actual event. Our Parenting World junior journalist participated in one of the training sessions. Through the students’ experiences with NEGC, they realise and learn that “What you cannot defend, is not yours.” The training session started off with an hour briefing by a retired SAF Officer, Major Sheares on the need to maintain a strong military for Singapore as part of the National Education programme. Major Sheares spoke passionately about his military experience and also shared about his family’s suffering during the Japanese Occupations in Singapore during the Second World War. He spoke about the early days of SAF to counter communist insurgencies and how SAF evolved into the 3rd generation now. He is also the nephew of the late President Benjamin Sheares, who was the second President for Singapore. After the National Education briefing, the instructors guided the students on how to play this computer game. Each group of students will go through 4 hours of training before they were ready for the competition. A record number of 60 schools took part in this year competition and the NEGC was held at the Institute of Technical Education (ITE) College Central from 26 to 28 June 2015. 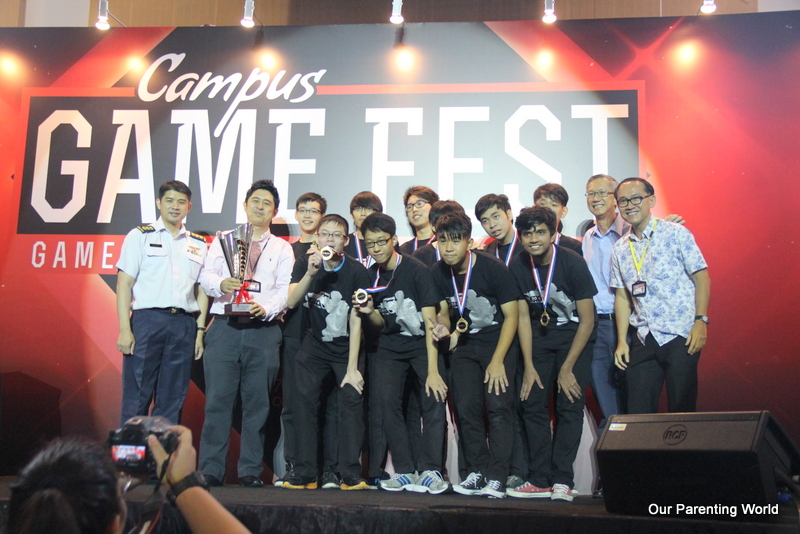 After many knockout matches among the competing teams, the final two teams face-off was held at 12.30pm on 28 June 2015 and eventually the team from ITE College Central emerged as the overall winner. The winner trophy was presented by Colonel (COL) Roland Ng, Director Nexus. Regent Secondary School and Seng Kang Secondary School won 2nd and 3rd place. Congratulations to the winning teams and also those who have participated in the event! Our Parenting World team with DJ Dee Kosh (Left) and DJ Michael Tan (Right) from Power 98FM who were the comperes of the event. Let’s hear from Our Parenting World’s junior journalist what he has to say about this virtual reality battlefield game:

This is a fun shooting game. It is easy to move the soldier around. Using the arrow key, I can move my soldier to the left, to the right and move front or back. I can choose what role for the soldier I want to be in the game and the type of weapon I can carry. My favourite weapon is the SAW (Section Automatic Weapon). It is a light machine gun which can shoot a lot of bullets at one time and easy to carry around.

The aim of the game is to find the building with the flag and then defend the building from being taken over by the enemy. I can also use UAV (Unmanned Aerial Vehicle) to search for the locations of my enemies and then I can ask my teammates to destroy them. This is an interesting game to play. Through the games, we realise the importance of defence, why is it important to defend and the role of our national defence.

I have watched the final game between the last two surviving team. It was very exciting to watch the two teams facing each other. They were very good. In the end, the team from ITE College Central won the trophy because they have better strategy and teamwork. The team launched a coordinated attack against their enemies in the first game and captured the building with the flag easily. In their second game, as defenders of the flag, they actually went out to attack their enemies and destroyed them before their enemies had a chance to attack them. Well done! It has been a thrilling final for us to watch and I look forward to the competition next year.