The event is held at The Changi Exhibition Centre located at the back of Changi Airport next to the sea. Despite its far location, getting there is fairly convenient as there are dedicated shuttle buses from Singapore Expo MRT Station to the event site. Judging from the overwhelming response from the trade visitors on the first few days of the show, we can expect the weekend opening for the public visitors to be even more overwhelming! Visitors are able to board some of the military aircrafts on display at the Static Aircraft Display Area. 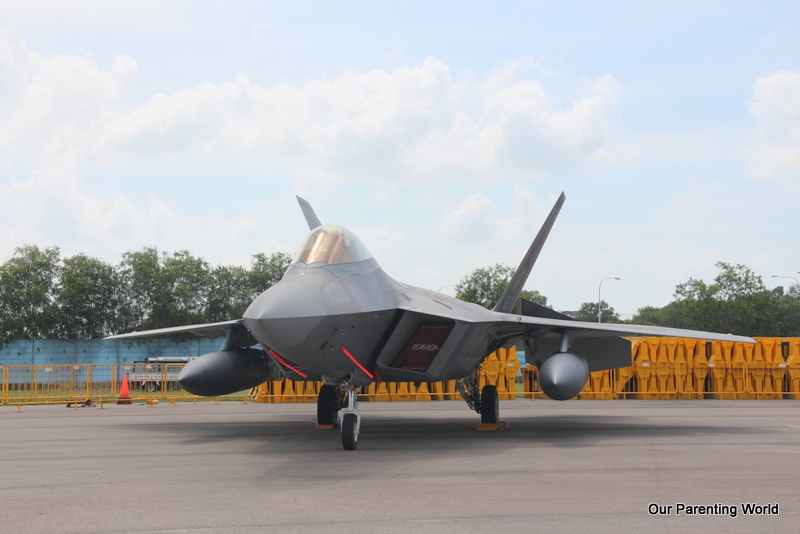 Qatar Airway’s Airbus and for some of the commercial aircrafts, visitors are able to board on the planes. Please check with the staff for boarding schedules located besides the planes.

The key attractions of the Airshow are both the static display and the flying display. Remember to apply sunscreen or use an umbrella as the static display are held at the huge open area. The display area has a mixture of both military and commercial aircrafts. The military aircrafts on display among others are our very own Republic of Singapore Air Force’s F15G Strike Eagle and F16C Fighting Falcon, United States Air Force’s F-22 Raptors, Royal Malaysia Air Force’s A400M transport plane etc. For the commercial aircraft display, the largest ones are the Qatar Airway’s Airbus A380 Superjumbo and the new Airbus A350 XWB. 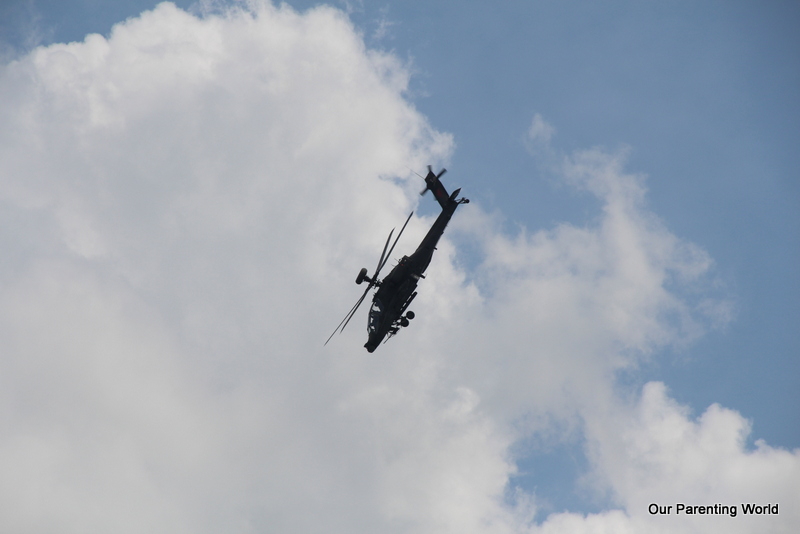 Aerobatic flying display by The Republic of Singapore Air Force The quiet and graceful flying display by Airbus A350 XWB.

The aerobatic flying display is always the crowd favourite in the Airshow. The event started off by our own Republic of Singapore Air Force’s aerial display team featuring an Apache attack helicopter and F‑15SG fighter demonstrating their capabilities and coordinating their flight together. The air force of United States and France also participate with their advance jet fighters blazing the sky with a series of acrobatic loops. The SU-30MKM from the Royal Malaysia Air Force thrills the crowd with various mid-air stalling manoeuvres. For us, the most amazing aerial display has to be the large Airbus A350 XWB which is so graceful and quiet. To see such a large passenger plane performing aerobatic stunts on the sky above Changi is really incredible. 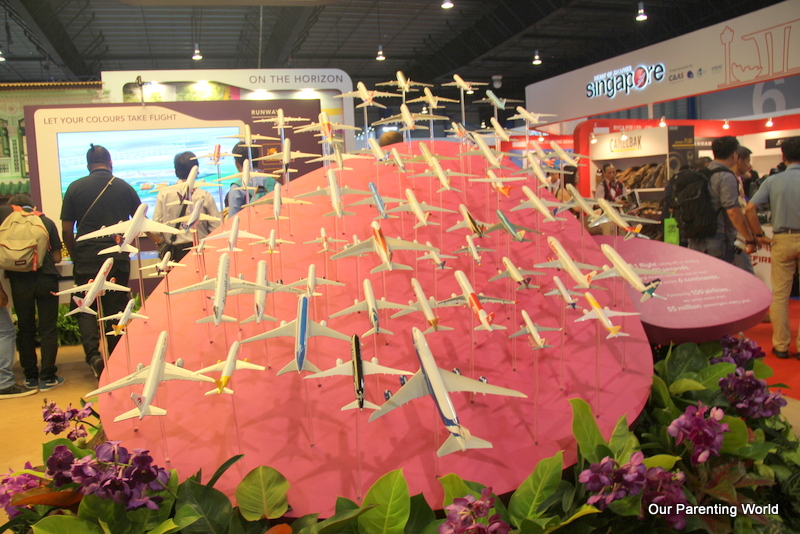 If you need to take a break from the hot sun, you could head indoors to view the various exhibits in the air-conditioned event hall. For those who are interested in combat rifles, there are also a few of the exhibits by Singapore Technologies Group which you can view and hold these weapons.

This Singapore Airshow 2016 is only open to the public on 20 and 21 February 2016. Tickets can be purchased at this LINK. Please note that tickets will not be available for sale at the show site. Do purchase your tickets early so as not to miss this exciting event!

Prices quoted are in Singapore dollars and inclusive of 7% GST. Prices are exclusive of SISTIC booking

Admission is free for children below three years of age. Please note that re-admission is not allowed.