How many of you have watched movies in the old Capitol Theatre?

The last movie screening was in 1998, which was about 17 years ago. Compared to today’s smaller and high-tech cinema multiplexes, Capitol Theatre then was huge and had a unique architecture. The cinema chairs lacked the soft cushion padding compared to the comfortable cinema chairs today. Despite that, Capitol Theatre was one of the most popular cinemas in Singapore during the last century and many middle age Singaporeans may remember watching movies with their partners, families and friends there. Our Parenting World team was looking forward to revisit this newly renovated Capitol Theatre which is set to become one of South-east Asia’s largest single screen cinema with approximately 800 seats. It is built for red carpet movie premieres, first run screenings and MICE (Meetings, Incentives, Conferences, and Exhibitions) events. This beautiful and historic theatre will also host in-house theatre and dance productions, featuring local and Asian repertoire. This May, Capitol Theatre reopens with the world premier of “Singapura: The Musical”. We can’t wait to catch this long-awaited, highly anticipated “Singapura: The Musical” which tells Singapore’s history during the earlier years of independence. The musical is produced by 4th Wall Theatre Company which featured the life of a Singaporean family over a decade. The main male character, Tan Kok Yang was a bus driver and father of the family whom had experienced a traumatic period of violence during that period. He and his wife, Bee Ling wanted to move to another country but his daughter, Lee May persuaded the family not to migrate. The daughter was also in love with a British man.

Jonathan Lim who is one of the most talented local actors in Singapore was involved in the musical as its Dramaturge as he has provided invaluable advice on the research process of this highly anticipated musical.

Our Parenting World had the privilege of interviewing Jonathan Lim in another earlier musical, “Priscilla, Queen of the Desert”, at Resort World Sentosa previously. Please click HERE to read about our interview with Jonathan Lim.

“Singapura: The Musical” brought to us an important lesson and remind us that we should not take our public transportation today for granted. Our current public transport system is so well run that occasional MRT train breakdown would be front page news in our newspaper. Such incidents today are insignificant compared to the violence encountered by the population during the bus riot days in the 1950s. For those who were born before the 1950s, the musical will bring back a lot of memories to them, on how Singapore was born, first to join the Federation of Malaya to form Malaysia in 1963 in order to gain independence from the British, and then broke up from Malaysia in 1965 to be an independent country. There were old video recording of speeches from our Founding Prime Minister, the late Mr Lee Kuan Yew in the musical. Initially there were mistrust between the main races, Chinese, Malays and Indians, but eventually all the races worked together to build the foundation of Singapore which we enjoy today. “Singapura: The Musical” takes the audience through a journey of love, hope, and new beginnings while exploring the strength of the human spirit during the formative years of Singapore’s history. The main cast of the musical, which is the daughter of the family also mirrors Singapore’s history, i.e. to be independent from her parents and took the important step to journey into a bright future. 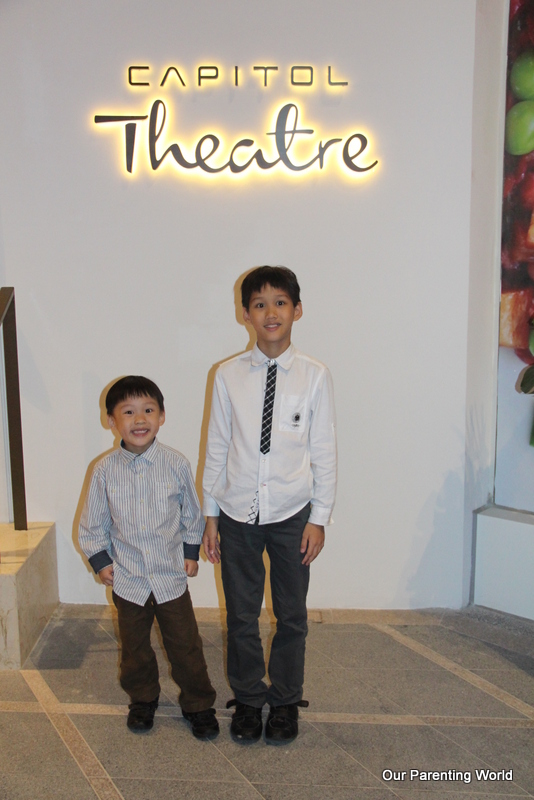 Overall, we find it has been a good effort from the production team to produce this local themed musical. It would fit into this year SG50 celebration for Singapore. The musical also features catchy tunes in local flavour like “At The Kopitiam”. It will bring audience a trip down to memory lane for older Singaporeans and history lesson for younger Singaporeans with scenes from major events in Singapore covering from The Hock Lee Bus Riots, unification of Singapore and Malaysia, 1964 Racial Riots and to the independence of Singapore in 1965.

The musical is a timely reminder for us as we gear towards celebrating SG50 to remember the contribution by our Founding Prime Minister and his generation of leaders whom had set the strong foundation and built Singapore for what it is today.

For more information on Singapura: The Musical, please go to www.singapurathemusical.com

The 4th Wall Theatre Company Pte Ltd is proud to announce the world premiere of Singapura: The Musical at the newly refurbished Capitol Theatre. Featuring an international cast and crew, the musical is about the struggles Singapore went through on its path to independence, and follows the lives of ordinary Singaporeans who experienced the tumultuous decade between 1955 to 1965.

Conceptualised by Ed Gatchalian, a celebrated composer who is also the artistic director and founder of 4th Wall Theatre Company Pte Ltd, Singapura: The Musical will take audiences on a journey through Singapore’s history via world-class musical numbers and a compelling storyline.

Singapura: The Musical brings the audience through a journey of love, hope, and new beginnings while exploring the strength of the human spirit during the formative years of Singapore’s history from 1955 to 1965. Through the eyes of ordinary men and women, audiences will witness how hope and youthful determination transcend the struggles of everyday life during this time period as Singaporeans strive towards a better future for themselves and their loved ones. Their passion and drive sees them dreaming, hoping and creating – against all odds – a place where they can truly call home.

Singapura: The Musical is directed by Greg Ganakas, an award-winning New York Director who is the recipient of two of America’s highest honours for Theatre – the Helen Hayes Award and the Moss Hart Award. He brings with him a wealth of experience, having directed many productions such as Ain’t Misbehavin’, Oklahoma!, A Funny Thing Happened On The Way To The Forum and A Christmas Carol, all of which were well-received by critics and audiences alike. Throughout his career, Ganakas has also collaborated with Madison Square Garden, Carnegie Hall and the Lincoln Centre and has worked with famous international artistes such as Julie Andrews, Sarah Jessica Parker, Idina Menzel and Kristin Chenoweth.