Yay! SpongeBob SquarePants and his friends have surfaced from under the sea and will be travelling the world by air to Changi Airport this Christmas. Our Parenting World, Gor Gor and Di Di were delighted to see SpongeBob SquarePants and his friends.

Changi Airport will showcase a wide array of Christmas festivities in addition to featuring the world’s most-loved icon, SpongeBob SquarePants and his friends. 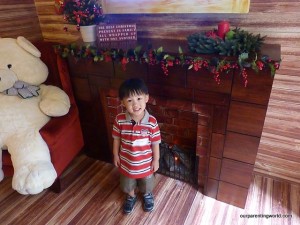 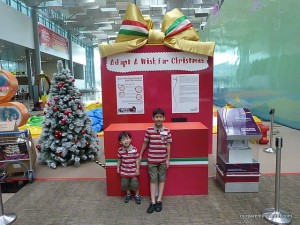 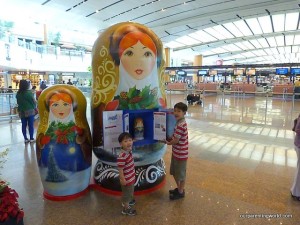 Changi Airport will also be decked in spectacular Christmas displays. We feel like Christmas already! 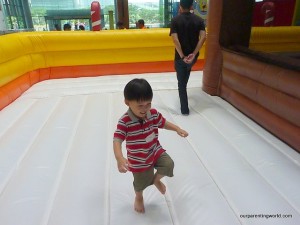 At the heart of Changi Airport, Terminal 3 amid the Santa Village stands Asia’s largest Pineapple House ever created.

Children will be delighted with the multi-sensory, 11-metre tall Pineapple House which will feature SpongeBob’s bedroom, a mechanical toy display and the first-ever smoke bubbles display in Singapore.

Featuring a bouncy playground mimicking SpongeBob’s underwater city, the Bikini Bottom, complete with a ball pit, maze and a two-storey high slide that will be the ultimate Christmas event for the little ones.

Gor Gor and Di Di have a fabulous time playing at the Pineapple House and bouncy playground. Children, prepare to have lots of fun! In addition, Changi Airport visitors and passengers will be awed by stunning landmarks in the form of giant topiaries such as Italy’s Colosseum and Leaning Tower of Pisa, Russia’s St Basil’s Cathedral and Turkey’s Trojan Horse at Terminal 3 (T3) Transit Area. Here, we would like to thank the kind and lovely organisers of Nickelodeon and Changi Airport for inviting us to this fun-filled activities at the airport. We have a good time!