Come 31 March 2022, travel 89 million years back to the Late Cretaceous period with Jewel Changi Airport’s (Jewel) new play attraction, the Jewel-rassic Quest – a dinosaur-themed augmented reality (AR) game that brings storytelling to life through digital interactivity. Indulge in an immersive experience to see magnificent dinosaurs such as the T-Rex and Velociraptor in action just metres in front of you. Look out for the other dinosaur species as they roam freely at Jewel’s indoor sanctuary – the Shiseido Forest Valley and HSBC Rain Vortex. The lush greenery and majestic water feature set the perfect environment, befitting the dinosaur theme that remains an evergreen favourite among the young and young-at-heart.

Set out on an adventurous journey and immerse yourself in the AR dino-verse with a specially-developed TimeLens (tablet). Trail the dinosaurs and watch them wander and fly, discover their hiding places and nests, learn about their eating habits, feed them and hunt for their eggs as you go on this 90-minute mission.

Embark on a prehistoric quest to solve global warming Play a character in the game and be assistant to the game’s avatar lead, Ranger J99, as she goes on a mission to obtain an AstroJewel by travelling back in time. The AstroJewel is a special crystal found in certain asteroids millions of years ago, that has the power to help solve global warming today. Pump up your adrenaline as you witness Ranger J99 battle with the raptors to get hold of the AstroJewel from their guard. You will have to explore the Shiseido Forest Valley and Canopy Park to cross six checkpoints and bring back the AstroJewel for breakthrough archeological research to save mother nature.

Use the TimeLens to snap breath-taking pictures of these dinosaurs in action and interact in the game by picking up items, opening portals, and sending things back in time!.

Hunt for Dino Eggs Around Jewel 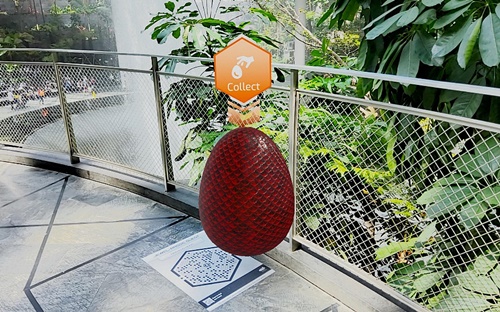 Go on a Dino Egg Hunt as you move from one checkpoint to another. There are six dinosaur eggs scattered on different levels in Jewel, each containing hidden trivia and interesting facts about Jewel. Use the digital map in the game and find them all!

Unlock Mini Games, Get up close with the Dinosaurs

For those who have secured the AstroJewel and completed the main story quest, fret not as the adventure doesn’t end there! Carry on with the adventure and unlock three mini games :- Mini game 1 – Be an archaeologist for a day as you brush off fossil bones and guess which dinosaur they belong to! 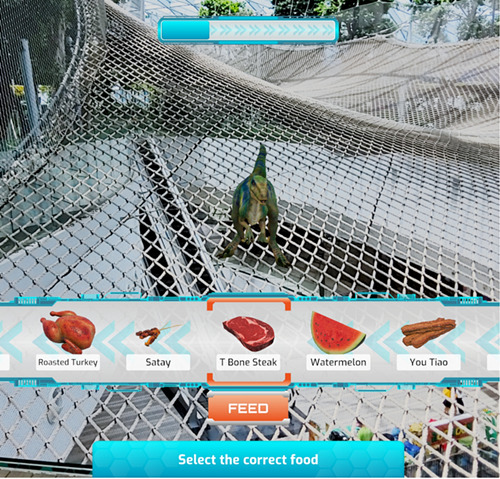 Mini game 3 – As you conclude your quest, have your picture taken with the main dinosaur casts. Track each of these eight prehistoric pals as they have found their own sweet spots all around Jewel for that photo moment with you!  Head to Level 2 to meet with the T-Rex, or search for the towering Brachiosaurus among the bamboo poles. Create insta-worthy poses with these 3D dinosaurs in AR and have fun snapping shots to capture those moments to share with friends and family The first 1,000 participants will each receive a complimentary jungle hat, S$10 Jewel Retail Voucher and limited edition pins, with two dinosaur designs to choose from, upon completion of the quest.

Get a head start on the Jewel-rassic Quest and snag our dino-deal! Grab at an introductory price from 31 March to 30 June 2022!