The European Film Festival (EUFF) returns to Singapore after a year’s hiatus due to the Covid-19 pandemic. EUFF presented by the European Union (EU) Delegation to Singapore celebrates its 30th edition from 6th to 23rd May 2021. With its return to Singapore, the festival goes to The Projector, bringing the best of contemporary European cinema to the heart of Singapore’s community of film lovers.

This year’s festival presents 23 films over a longer festival period, reflecting on the diversity of perspectives, histories, languages and cultures from across the European continent. While the films showcased in the festival may belong to a specific country, they are all representative of Europe’s common cultural heritage.

Barbara Plinkert, European Union Ambassador to Singapore shares that “The European Film Festival’s landmark 30th edition takes place at an unprecedented moment in time as the Covid-19 pandemic continues. In these truly trying times, many of us have reached out to the arts in its many forms — be it literature, music, or films. In the current context, when travel remains a challenge, cinema offers us just the lens we need to experience and understand the many complexities and cultures that shape and define our world and make it what it is.”

Portugal is the featured country this year and opens the festival with its film Parque Mayer on 6 May 2021. The comedy-drama set in 1933 Lisbon, is a roller coaster of emotions, amusement and entertainment as it tells the story of a theatre in Parque Mayer, Lisbon’s theatre and entertainment district. All kinds of goings-on take place during rehearsals for a new variety show — unrequited love, personal dramas and a constant battle against censorship, accompanied by skillful attempts to circumvent it.

In celebration of its 30th anniversary, EUFF presents a free public screening of the Portuguese film Parque Mayer on 12 May at 8pm. Members of the public can book their complimentary tickets online from https://euff.com.sg/tickets. Tickets are available on a first-come-first-serve basis.

For the first time and as part of its 30th edition, EUFF also presents a closing film on 23 May — Master Cheng from Finland by director Mika Kaurismäki.

EUFF offers a range of movie genres. Films in the drama genre include Belgium’s Young Ahmed, Denmark’s The Good Traitor, Italy’s All My Crazy Love, The Netherlands’ The Conductor, Norway’s Before Snowfall, Portugal’s Parque Mayer, Spain’s The Innocence, Sweden’s And Then We Dance, Switzerland’s Paradise War – The Story Of Bruno Manser and Turkey’s The Butterfly’s Dream.

Biopics in the line-up include Germany’s Gundermann and Poland’s Jack Strong.

The festival’s celebration of cultural diversity and cross-cultural dialogue through cinema offers a positive message in a time of continued challenges. It underscores the EU’s firm commitment to its relationship with Singapore, connecting the EU even more closely with audiences here.

This film festival is not just a window into the intriguing world of European cinema but also offers a platform to showcase films by young Singaporean film-makers. The Festival continues EUFF’s long tradition of collaborating with a Singaporean film school. Partnering for the sixth time with Ngee Ann Polytechnic’s School of Film and Media Studies, the EUFF features short films by students of the school alongside the official film selection.

Tickets are available at: https://euff.com.sg/tickets 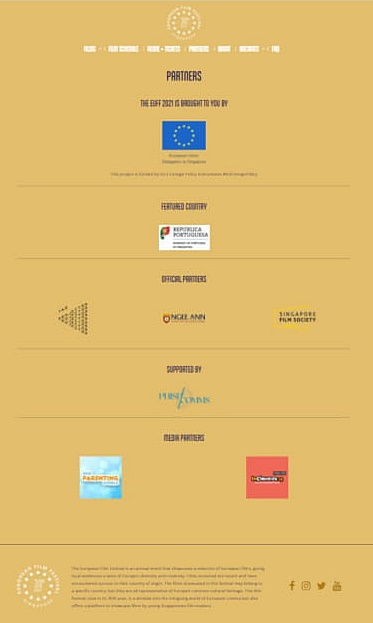 All the above images credit to The European Film Festival (EUFF)

Our Parenting World – OPW Media is the media partner for The European Film Festival (EUFF). Come and join us, don’t miss the opportunity to catch the best of contemporary European cinema in Singapore! Visit https://euff.com.sg for more information and updates on the 30th European Union Film Festival.