Almost every child and adult will know of this very popular classic fairy tale story, Sleeping Beauty. The story was about a Royal couple who had a beautiful baby daughter, Princess Aurora. They send out invitations to the Princess’s christening ceremony, but unfortunately they missed out one of them which led to the Princess being cursed and fell into a deep sleep until she was awaken at the end with a kiss from her true love, a Prince. Like all fairy tales, the Prince and Princess lived happily ever after.

There are some refreshing twists to the original story for Sleeping Beauty On Ice, the evil fairy who came to the christening ceremony even though ‘she’ was not invited is a male instead and cast a spell on the Princess. Instead of waiting for the Princess to prick her finger with a spindle in the original story, her drink was spiked and she fell into eternal sleep. The 10 years old award-winning Imperial Ice Stars has been very popular among the audience around the world. Set in the background music of Tchaikovsky, Sleeping Beauty On Ice tells the classic fairy tale love story through world class skating performances by some of the world’s best skaters on a frozen stage.

Audience can look forward to enjoy a visually stunning and breathtaking performances which involves beautiful costumes and backdrops, mind-blowing aerial gymnastics and lots of special effects with fireballs. 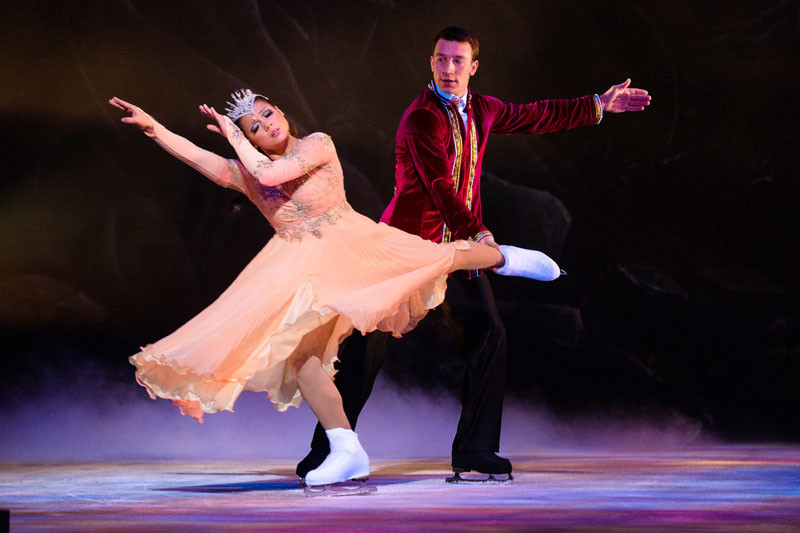 The dance moves are really impressive, with plenty of lifts and throws. The musical is well-choreographed, and it will keep the audience mesmerised throughout the whole show.

If you are looking for an enjoyable family theatrical experience with great acrobatics display on the ice skating platform accompanied by enchanting classical music, look no further, this is definitely a must watch for you and your family. It is a spectacular show that is not to be missed.

The performance is suitable for all ages. Hurry, catch The Imperial Ice Stars Sleeping Beauty On Ice before and by Sunday, 27 September 2015!

You can buy the tickets at: