In conjunction with Singapore Science Festival 2015, Underwater World Singapore (UWS) organised a Living In The Ocean Programme where families can experience a once-in-the-lifetime opportunity to spend the night, sleeping in the tunnel while getting to know more and admire these enchanting sea creatures. Parents and children attending the Living In The Ocean programme were warmly welcome by the friendly UWS staff at the beginning of the programme. Everyone settled down comfortably to listen to the Educational Marine Life Talk where our guide will bring us into a deeper understanding of what to expect from the programme and learn more about the marine life at UWS.  ​Participants will also ​learn ​how ​we ​can ​protect ​and ​preserve ​marine ​life ​and ​its ​resources. Shortly after the talk, everyone adjourned to tuck into dinner first before moving onto the next activity. After dinner, we were given a discovery tour. We learnt that at UWS, there are a wide variety of marine life from both freshwater and marine environments. At the popular touch pool, look out for the 7 stars of the Ocean which include Sea Star, Archerfish, Bamboo Shark, Cleaner Wrasse, Bluespotted Ribbontail Ray, Dog-faced Puffer and Narrow-lined Puffer. Do remember to be very gentle with the animals and do not take them out of the water. At Ray of Fun which is the home to five different species of rays. They are the Blue Spotted Stingray, White Spotted Eagle Ray, Leopard Whipray, Cow-nose Ray and the Brown Stingray. It is interesting to know that at night, the pool is covered with nets as they will jump out of the water. Stingrays are generally more active at night. The Bamboo Shark Eggs where we can see the development of the embryo in stages from newly laid egg till 10 weeks. There are baby bamboo sharks swimming at the bottom of the tank. The boys love their friendly guide and enjoy listening to his explanation of the various marine creatures. After the guided tour, we will be given an Ocean Quiz to complete and everyone listened attentively to our guides. At the Living Fossils, we get to see the Australian and African Lungfishes, Arapaima, Alligator Gar etc. Some of these fishes are primitive fishes that existed millions of years ago. Look at how big the catfish is? Many of these fishes in the aquarium are so huge! The Mangrove and Horseshoe Crabs at Living Fossil, are not true crabs and interestingly they are related to spiders, scorpions and ticks. They have existed more than 300 million years ago and very little of its appearances has been changed. Can you identify the various beautiful coral reef fishes? There are blue damsel, cardinalfish, cleaner wrasse, threadfin anthias and many more. The coral reefs in Southeast Asia are beautiful and more diverse than anywhere else in the world, they are found in warm waters and are important for the aquatic ecosystems. We were at the Sea Dragons section which is one of our guide’s favourite. The Sea Dragons are extremely rare and protected by law. They feed on small crustaceans, like mysid shrimps which is their favourite, amphipods, plankton, and larval fishes. Kids enjoyed the discovery tour and are fascinated with the wonders of the marine life. At this section, we learnt the various secret underwater weapons used by fishes in the coral reef tank. Some fishes have spines on their bodies just for defense like the rabbit fish. We were at the UWS tunnel. this massive sea creature is the shovelnose ray. It has an interesting body shape or rather an unusual body shape. Shovelnose ray is an in-between that of a shark and a ray, with long pointed shovel-like snout. After an interesting and educating tour, it was munchies time, supper. It is time to go to bed after washing up. The boys were so excited, this is the first time they were sleeping in the tunnel. Before they go to bed, they went to look for their new friends and said goodnight to them. They had foster friendships with other children. The children made an agreement to wake up the next morning and look for one another to complete the next day programme together.

While they were laying in their sleeping bags, the boys were looking at the marine life constantly swimming above them, we could hear them said “Look, see the sharks, stingrays, so many sharks  …” very soon they were sleeping. Its Good Morning and breakfast time! After washing up, we were treated to a warm breakfast to jump-start our energy for the day. On the second day, we visited the Dolphin Lagoon where we were given a talk by the Marine Mammal Trainer to understand more about its Fur Seals and Pink Dolphins housed in UWS. In 2002, a young Indo-Pacific humpback dolphin was rescued and released by UWS. It was stranded in a kelong off Pasir Ris. All the dolphins at UWS are well-taken off by its trainers and everyday they are being meticulously checked to ensure that they are healthy. We are delighted to know that on November 6, 2002, a pink dolphin calf was born at the Dolphin Lagoon. This is actually the first and successful documented birth of this Indo-Pacific humpbacked dolphin at any marine park in the world! We waited in anticipation to catch the “Meet-the-Dolphins and Fur Seals LIVE!” programme at 11am. Audience were treated to a spectacular show by the adorable fur seals who will perform together with the pink dolphins. Wow! Audience were thrilled by the pink dolphins’ performances. The loveable fur seals charm the audience with its witty performances. At the sleepover programme, we had the opportunity to come up close and meet the fur seal for photo opportunity. At the end of the programme, every participant is rewarded with a certificate of participation and souveniors from Singapore Science Festival 2015. It is a good memento to remind us of this unique and happy experiences that we had at UWS. We would also like to thank UWS organisers and our guides, Mr Sharan and Ms Shangaree for the wonderful experiences! Time flies, we have reached the end of the programme, the boys felt sad having to leave UWS. They went to say bye-bye to everyone and including the scuba diver. Underwater World Singapore Living In The Ocean Sleepover programme is a good opportunity to bring your children to learn more about the marine life and at the same time have an enjoyable bonding time together as a family.

It is an enriching and educating programme. Don’t miss this opportunity as the next sleepover programme will be held on the 1st August evening till 2nd of August 2015 noon.

To register for the next event, please enter the link at https://www.regonline.sg/Register/Checkin.aspx?EventID=1732531. 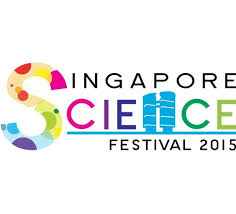 Singapore Science Festival 2015, Singapore largest annual Science event is held for the sixth years running where it features more than 50 activities over three weeks from 10 July to 2 August 2015.

To find out more about the activities, please click HERE.