LEGO Singapore invites children, young knights of 5-14 years old to enter into the exciting realm of LEGO® NEXO KNIGHTS™, join Lance and his team of knights to battle Jestro!

You can register on-site to join the NEXO Knights on an immersive quest that transports them right to the heart of the evil Jestro’s Volcano Lair and experience what it is like to be a knight in action!

There are 5 interactive activities, first stop at NEXO KNIGHTS™ Virtual Training 101 look through the virtual reality viewer to complete the quest to collect your sticker of honour. 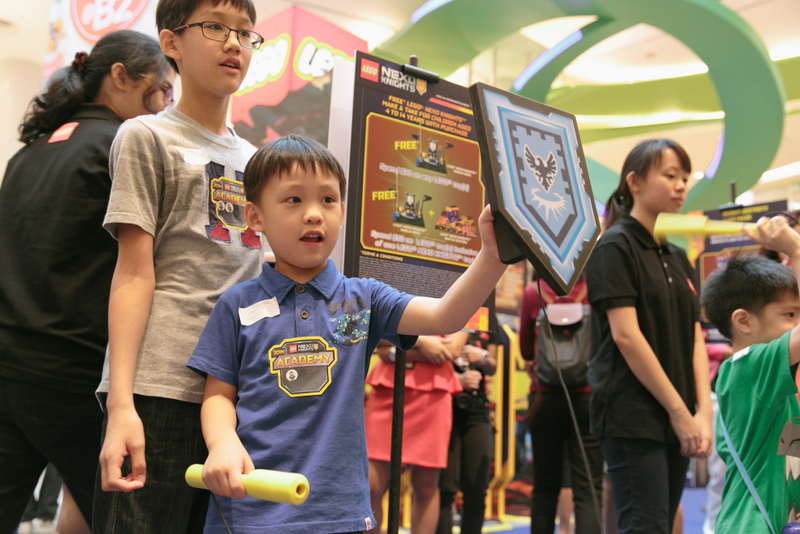 2nd stop, young knights will battle with the Lava Monsters, use your sword to attack and hold up your shield to defend.

4th stop Power Up with Merlok!

Power up with 2 new exclusive shields to defeat Jestro’s army.

5th stop, the final battle where you will engage in Volcano Lava Battle. Once you have completed all 5 quests and collect your Sticker of Honour. You will get to build your own Shield of Honour.

After you have built your Shield of Honour, you will get to bring it home together with a Certificate of Honour with two event-exclusive scannable shields.

With any $30 purchase at the event, you will get to build an Exclusive LEGO® NEXO KNIGHTS™ Shield Dock.

Don’t miss this exciting activities which include a virtual experience feature, NEXO KNIGHTS™ Virtual Training 101, as well as the Volcano Lava Battle, young knights can complete multiple quests to win the Shield of Honour. Participants will also be awarded with a limited edition certificate, along with two event-exclusive shields that they can scan to improve their in-game NEXO KNIGHT™ characters. There will also be meet & greet session, mascot storytelling and mascot roving at the venue. We get our hands on building the latest LEGO Nexo Knights 2-in-1 Aero-Striker V2 and it includes scannable shields for 2 NEXO Powers: Ice Rain and Target Blaster. It is rather easy to build and have immersive fun entering into the futuristic world of LEGO® NEXO KNIGHTS™. You will be able to transform into Aaron using the 2-in-1 Aero-Striker V2 as a crossbow with dual spring-loaded shooters, or fly into battle against the Ash Attacker! LEGO Nexo Knights Aero-Striker V2 includes 3 minifigures: Aaron Fox, an Aaron Bot and an Ash Attacker. You can upgrade your knights and increase more power by downloading the free LEGO® NEXO KNIGHTS™: MERLOK 2.0 app to your smartphone or tablet. Scan shields for each of the 2 NEXO Powers (Ice Rain and Target Blaster) and power up in the LEGO® NEXO KNIGHTS™ game! 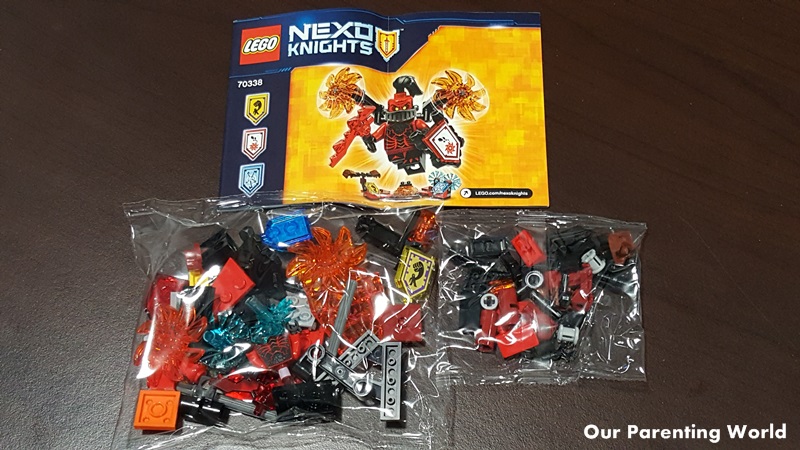 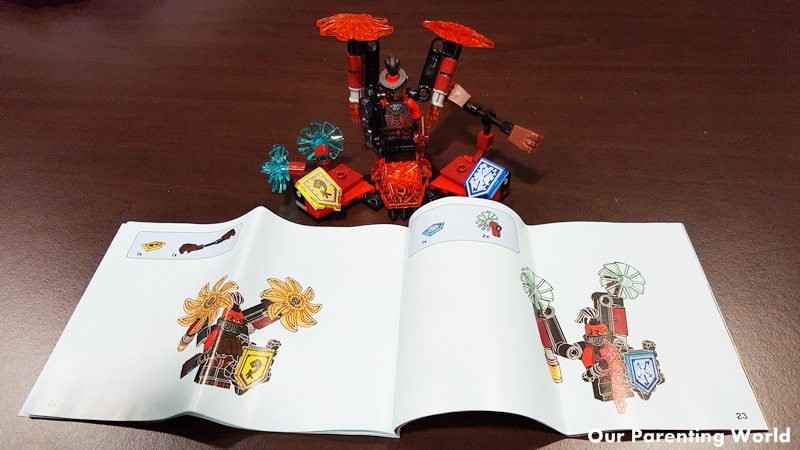 Fire up Ultimate General Magmar to defeat the opponents! The latest ULTIMATE General Magmar comes with 64 LEGO pieces, a detailed step-by-step instruction manual and recommended for age 7 to 14 years old.

It has 3 scannable shields to obtain unique NEXO Powers : Rock Ripper, Whirlwind and Mightiness for digital gaming, weapons include a sword, 2 translucent-orange circular saw blades, and 2 translucent-blue whirlwind blades with accessory consisting of 2 fist smashers, shield and a showcase stand.

You can get your hands on the latest LEGO Nexo Knights at all LEGO Certified Stores (LCS), Toys“R”Us, LEGO Mono Brand Stores, departmental stores and select toy stores from 2 March 2016 onwards, ranging in price from $19.90 to $229.90

In addition, calling all LEGO fans!

Join* the LEGO® City “Be Singapore City’s Top Builders” Competition and stand to win great prizes! Imagine and build what happens in between to complete the adventure. Your child’s creation could be featured in select store and at LEGO.com, so start the ‪#‎CityAdventuresSG‬ today!

*Parents/Guardians to submit on behalf of their child between 5 – 12 years old.

Scene 1: Policeman chasing the crook.
Scene 3: The crook has escaped from the prison island.
Scene 2: What happened in between? You decide!

To find out more, please go to bit.ly/CityAdventuresSG